Please join us for the opening of the Corovan Exhibition, held at the San Francisco Public Library, and organized by Ruth Miller.
An opening party will be held on February 23rd at 8pm, and the show will run from February 23rd – April 3rd. 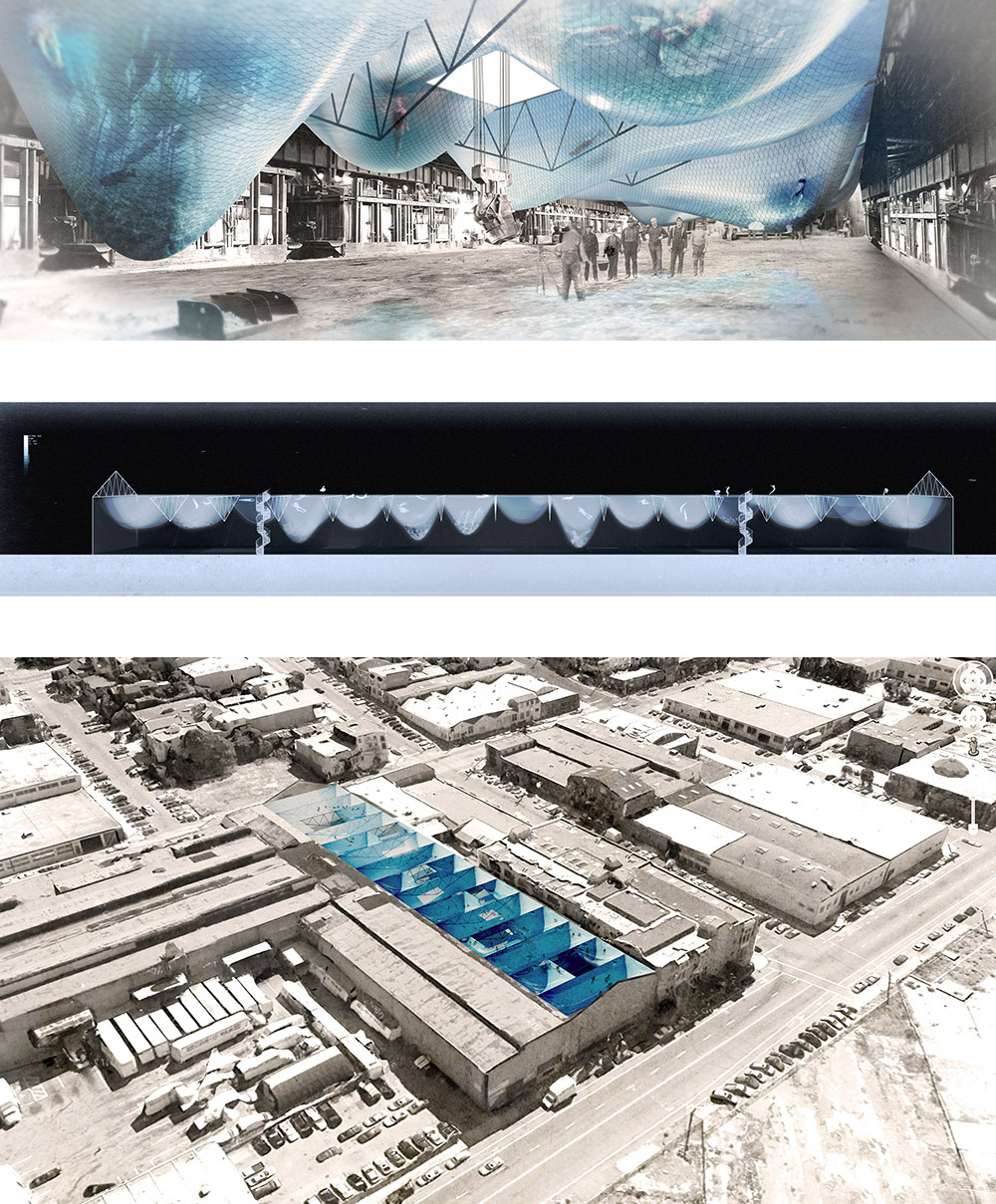 The speculative proposal explores and expands the notion of adaptive reuse (and misuse). It asks if it’s possible to simultaneously retain a site as an historic record while instigating novel spatial experiences. The project proposes to invert the building’s pre-fabricated roof trusses: rather than shedding water, the roof now collects it. An elastic membrane allows ad-hoc pools and kelp forests to develop in its sunken recesses; a unique contribution to the diverse public spaces found in the area. Rather than protecting the building’s interior from the environment, the hovering pools compound the environment, casting light, color, and the activity of swimmers down to the warehouse floor below.

By limiting the intervention to the roof, the building’s facades remain untouched. Invisible from the street, the community pools and their kaleidoscopic light effects are concealed recalling a lesser known historic legacy of the neighborhood: the covert community spaces formed around the numerous basement distilleries and home breweries found in Potrero Hill since prohibition.