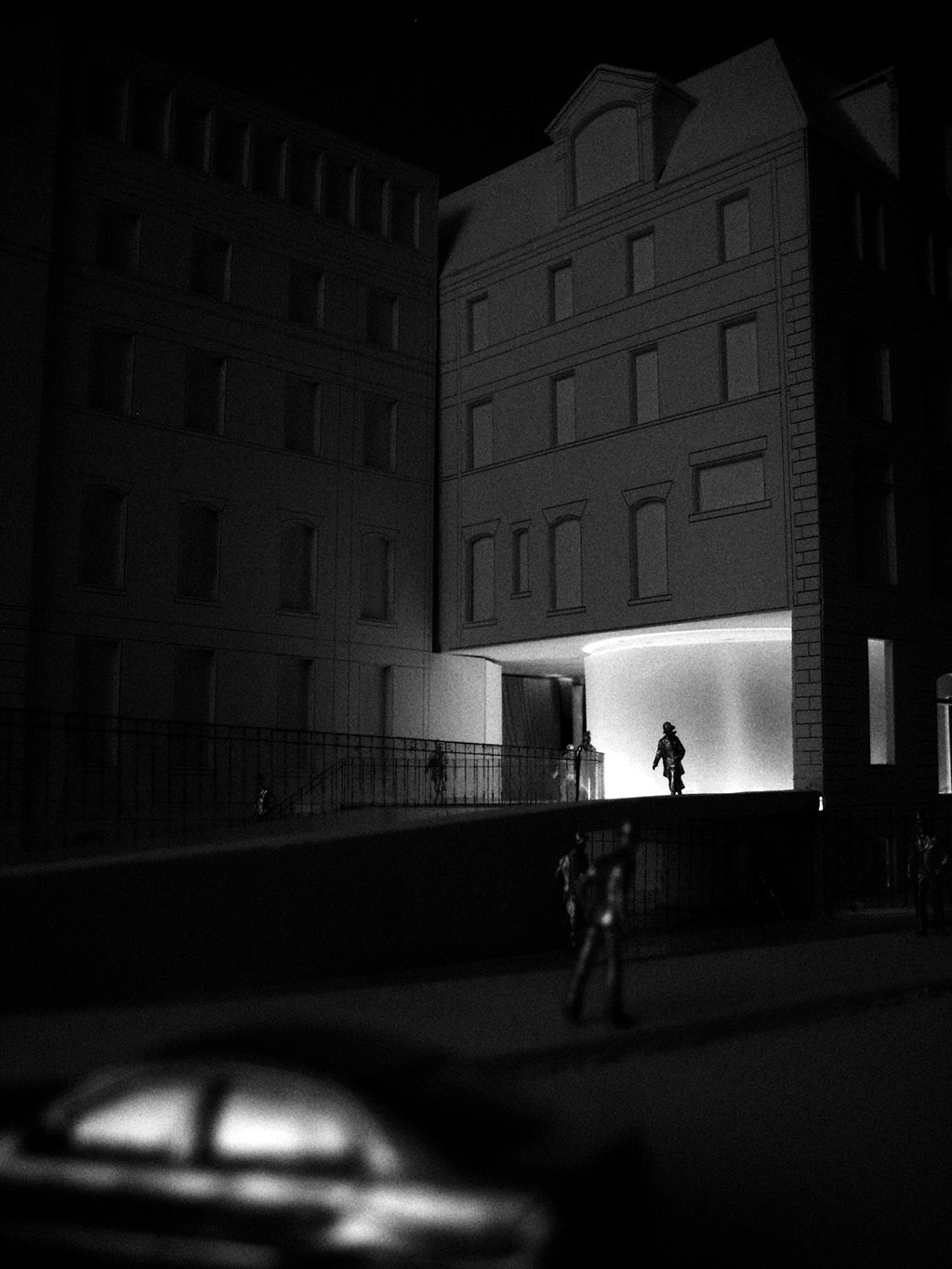 This winning competition proposal included a new entry, reception hall, and auditorium for one of the oldest buildings on Syracuse University’s campus. Given the historical importance of Huntington Hall an addition was ruled out. Instead, the project was imagined as a subtraction.

Approaches to historical additions generally fall into three categories: A conservationist approach that seeks to replicate the original, a minimalist approach to hide the new, and an alien approach to contrast a new face against the original. Rather than work within these models we propose to replace face with space, drawing the addition inside the existing structure. This space is imagined as a glowing void that attracts attention like a beacon, simultaneously present yet elusive and distant. It presents the specter of the new without competing with authenticity of the original. 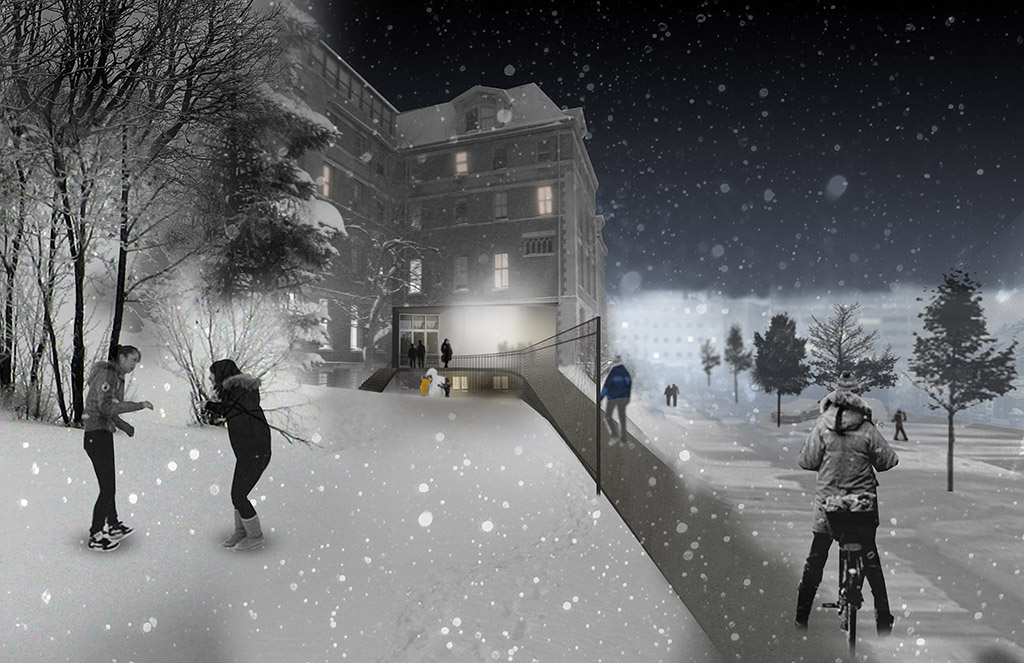 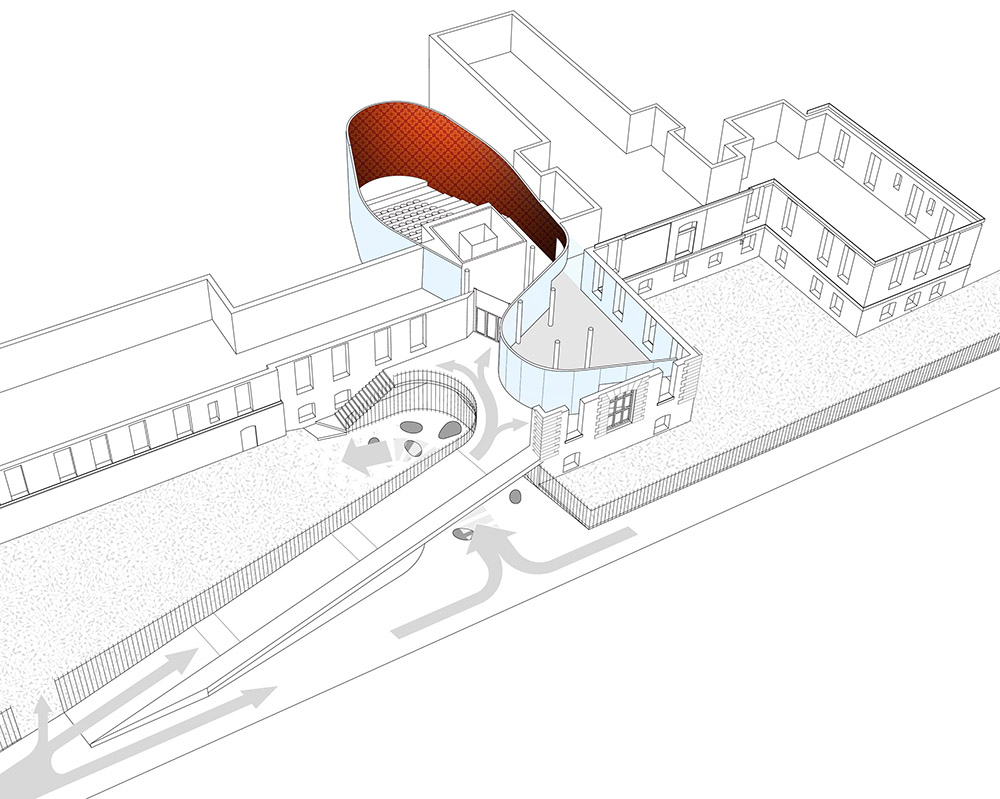 An existing fence that once separated the exclusive academy from the public is turned inward bringing the sidewalk into the school while providing public access to a new park. Similarly, the continuous recessed facade pulls the exterior space of into the heart of the building creating an ambiguity of public and private space. This glowing glass ribbon directs traffic to allow simultaneous functioning of events, student circulation, and auditorium access. 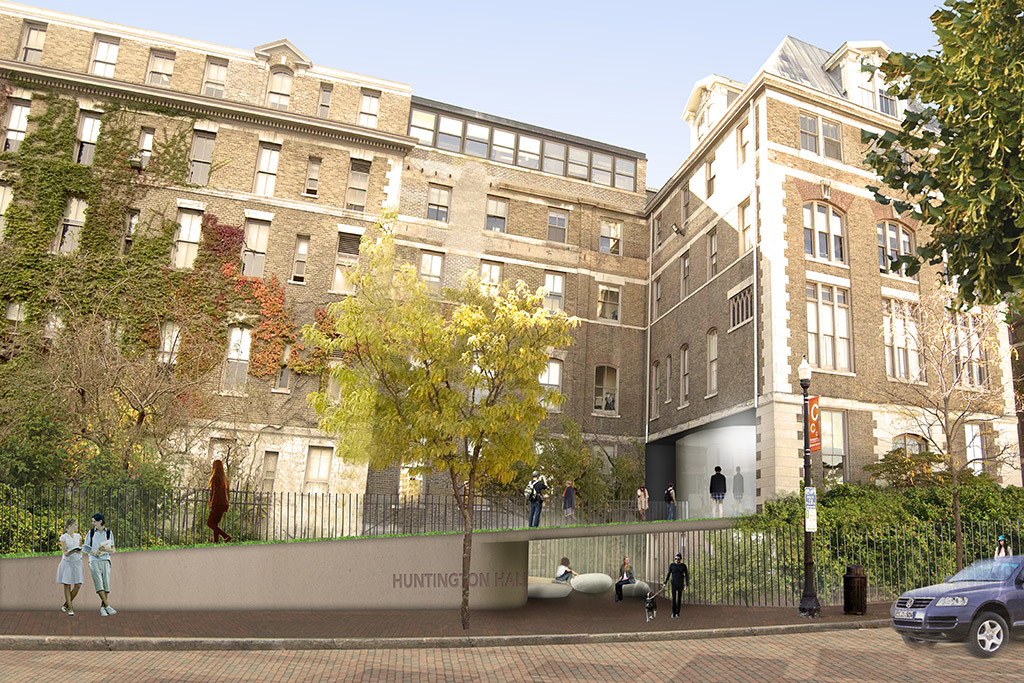 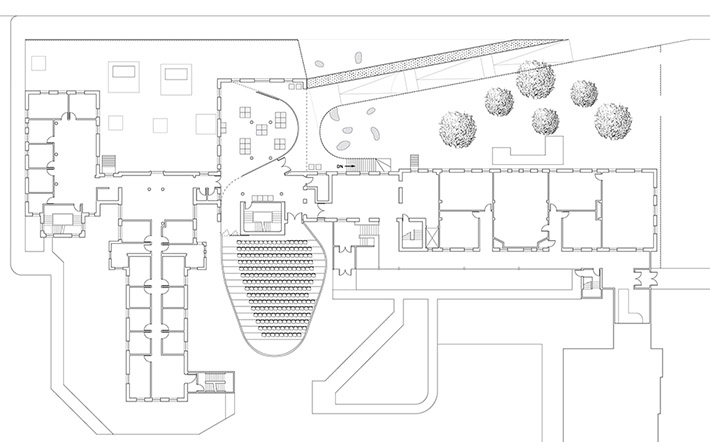