Our proposal for a museum in Maribor Slovenia addressed two problems common to the increasingly large and introverted museums found in historic urban centers: How can its architecture actively participate in the dissemination of art? How can the museum shape the evolving fine-grained fabic of the historic city? 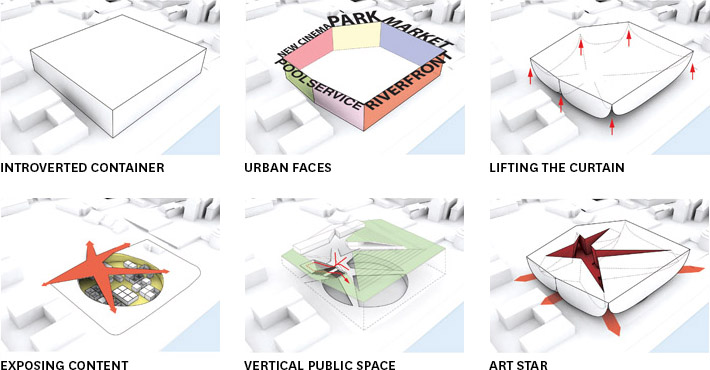 The design of the Maribor Museum of Contemporary Art aims to maximize the exposure of art to the public. It’s collections are split into a protected zone above and an open sculpture garden in a sunken gallery. Treated as a supple surface, the museum is lifted at its corners to allow the public to pass over the sunken gallery. This drooping, catenary surface creates a periscope effect in which the building’s reflective underbelly projects the museum’s collections out to the street, effectively ‘broadcasting’ the museum’s content into the city. The museum is no longer a rarefied experience – the city is the audience.

The proposal embraces the museum’s enormous scale, but is neither interested in being an iconic monument separated from the city, nor in sentimentally mimicking the historic city’s fine-grained fabric. Instead it seeks to absorb the city. The museum’s depthless mass engulfs its context. 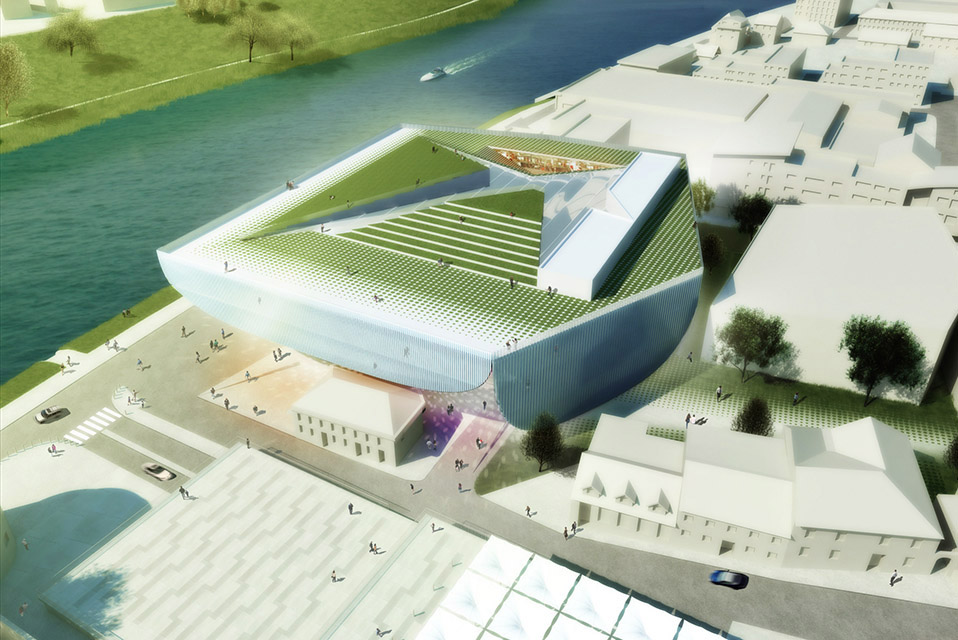 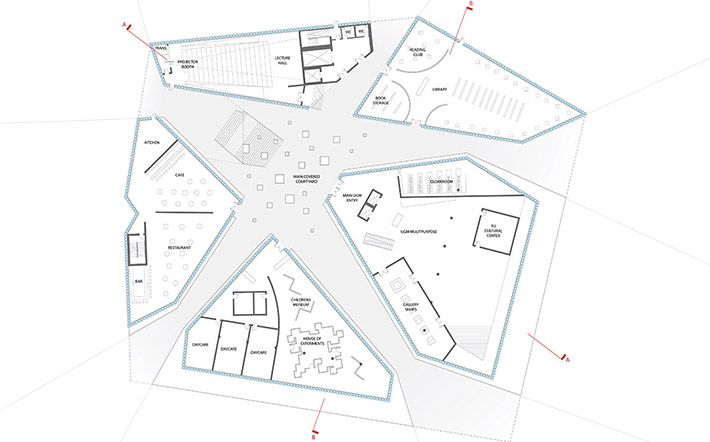 Rather than a single entry point from the exterior, the public moves unobstructed through the museum at the ground level and enters from the center. The five points of entry take visitors over the Public Workshop where the production of art is revealed to the public. This new interior plaza connects to a roof observation deck and a green roof terrace that is the apex of the Art Star’s open core – a new vertical public space from which to reconsider the city. 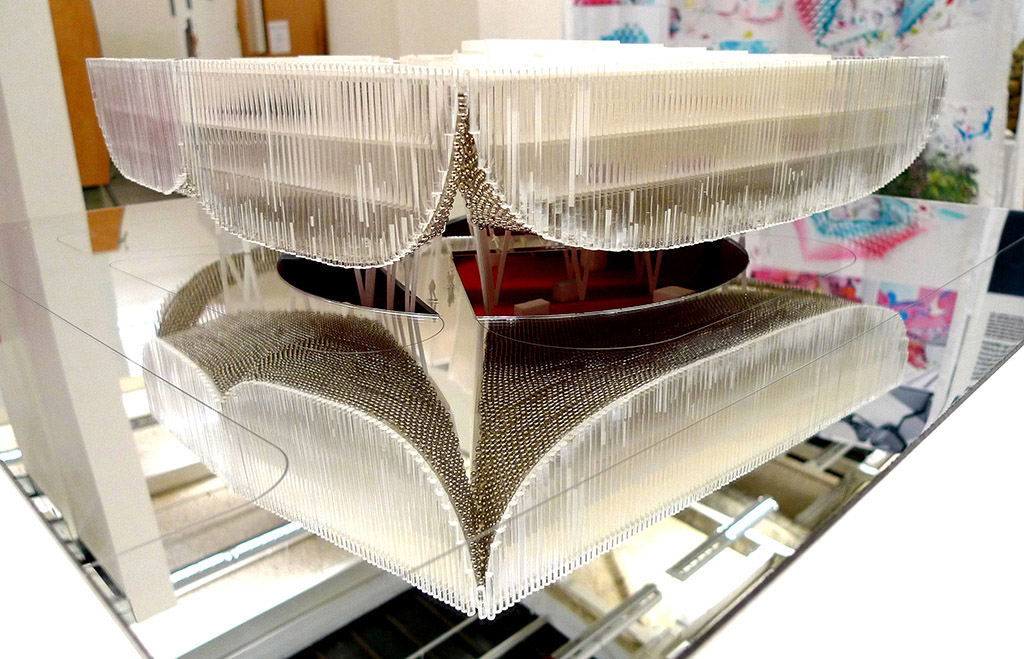 Conceived as a mass of packed cylinders, the museum’s glass tube enclosure serves multiple roles in the cultural institution: it’s opacity controls daylighting for the protection of art, while the sealed water is circulated into floor plates for passive radiant heating and cooling. 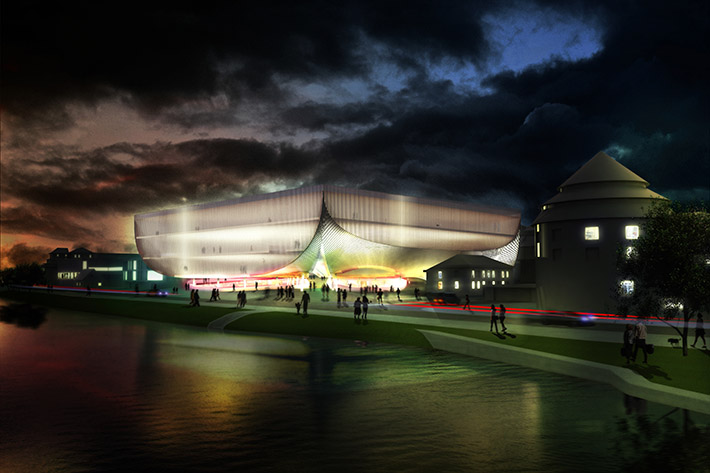