The “New York Five” proposal began as a unique collaboration between Dutch and American architects on the 400th anniversary of the founding of New York. The winning competition entry initiated by Stereo Architects proposed exporting Buckminster Fuller’s radical idea of a dome over Manhattan to Amsterdam, where a glass enclosure would house five unique tower proposals designed by five New York architects. We were joined by WORKac, HWKN, MODU, and L.E.FT. The 80,000 sf development collected distinct micro-urban experiments into a new type of office building and public space. 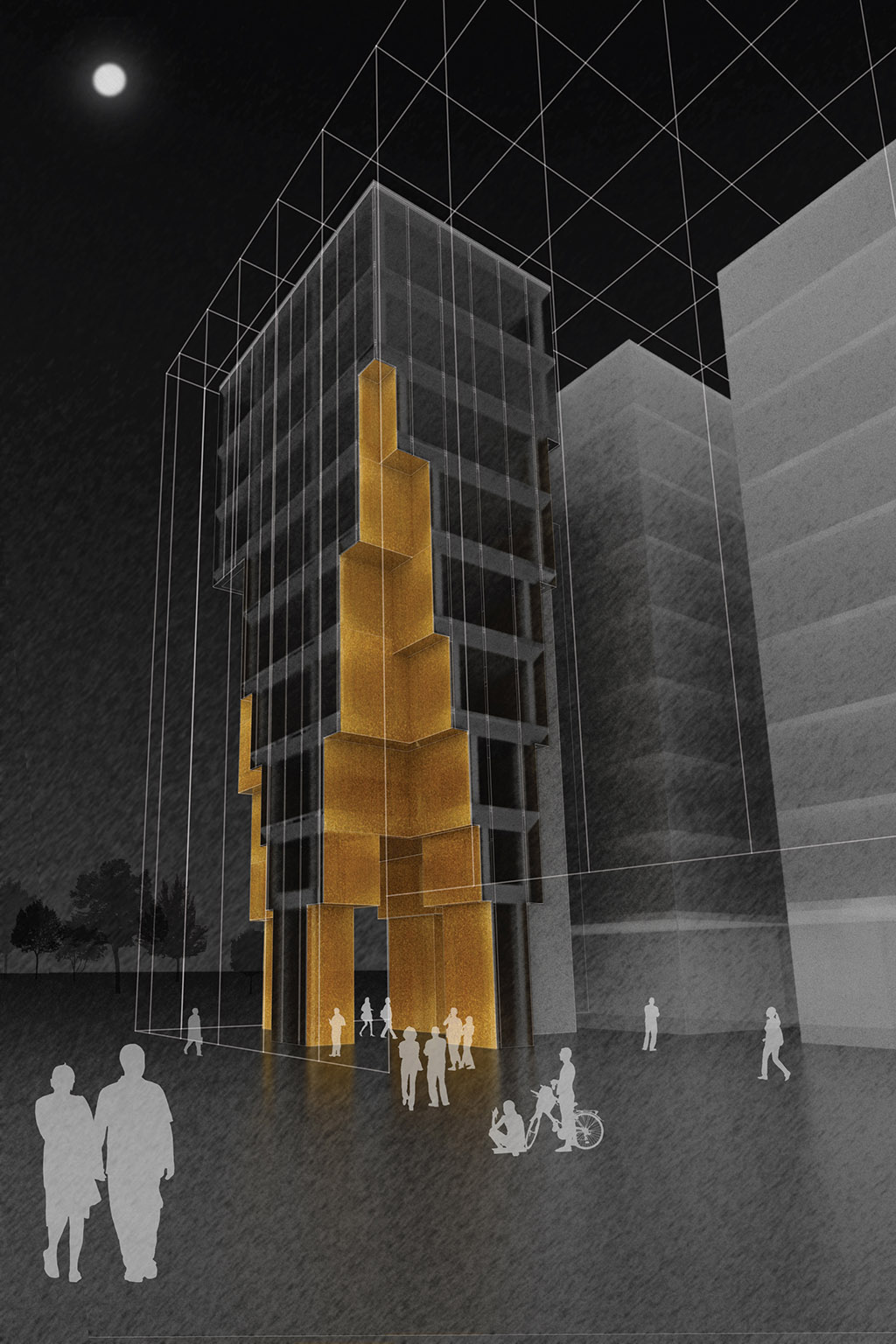 Our proposal asked what New York City urbanism could export in this transatlantic exchange, and how this new setting might offer a different way to approach New York conventions.

The urban legacy of New York is often attributed to the verticality of the skyscraper and the horizontality of the grid.  Yet, despite their technological and organizational achievements, Manhattan’s greatest contribution to the discourse of the city is, unsurprisingly, bureaucratic in nature.  The 1916 zoning code responded to the growth of buildings by instituting setbacks and a sky exposure plane.  While the regulation was intended to serve the public welfare of the street it inadvertently created wedding cake islands, phallic enclaves of wealth.

The proposed dome enclosure for the Open Fort site creates a unique interior urbanity for Amsterdam – one that locates the space of the ‘public’ within rather than beside the towers. In this new context New York’s zoning code can be reconsidered for the benefit of a block rather than the street. By exporting New York’s regulatory legacy to Amsterdam the wedding cake is inverted; the void figures of Manhattan’s skyline carving out the tower’s public core. 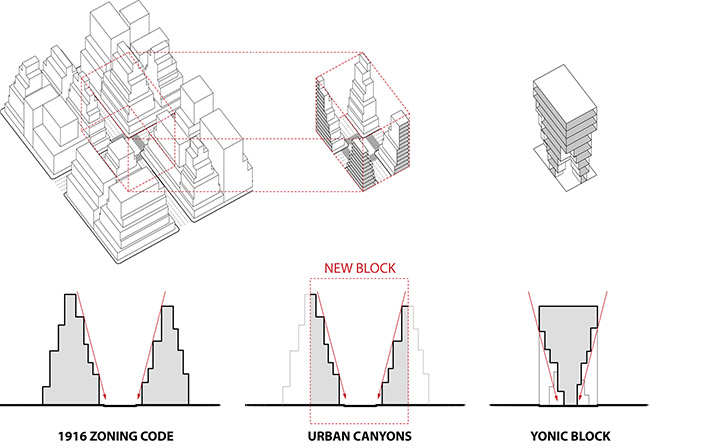 Using the setback rules of the 1916 zoning code and the 20% available massing reduction, a public void is created — an uninterrupted exterior space that enters into the building’s mass: a yonic response to New York’s phallic pedigree. This public lobby connects the street to the partially enclosed information booths that sit within the towers four structural feet. 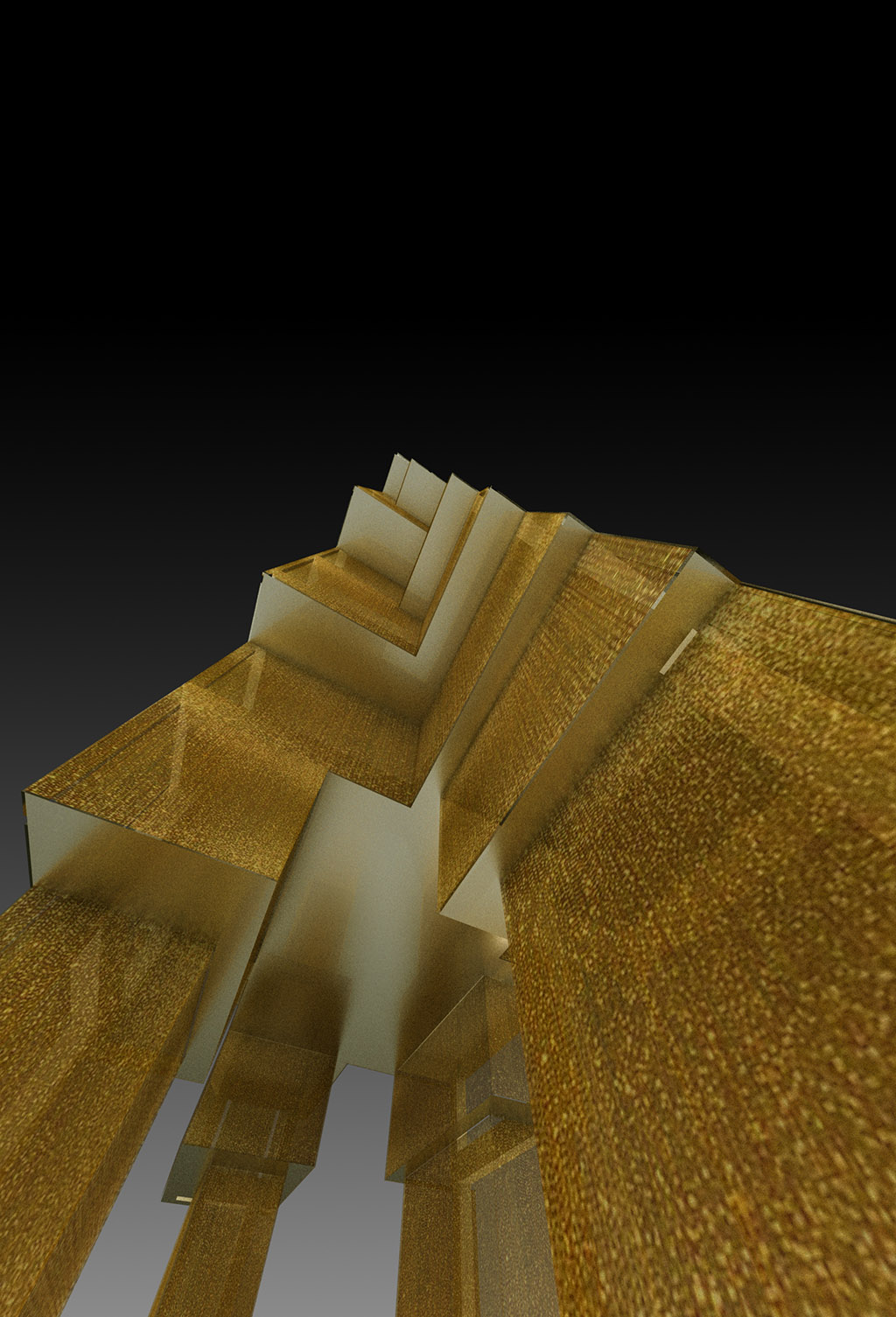 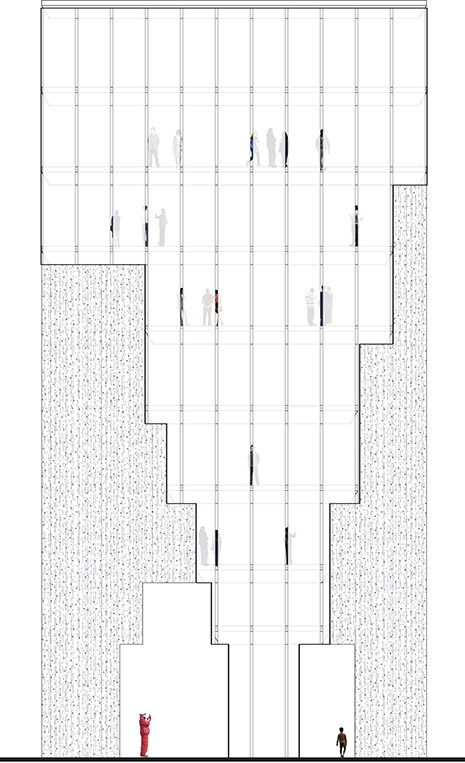 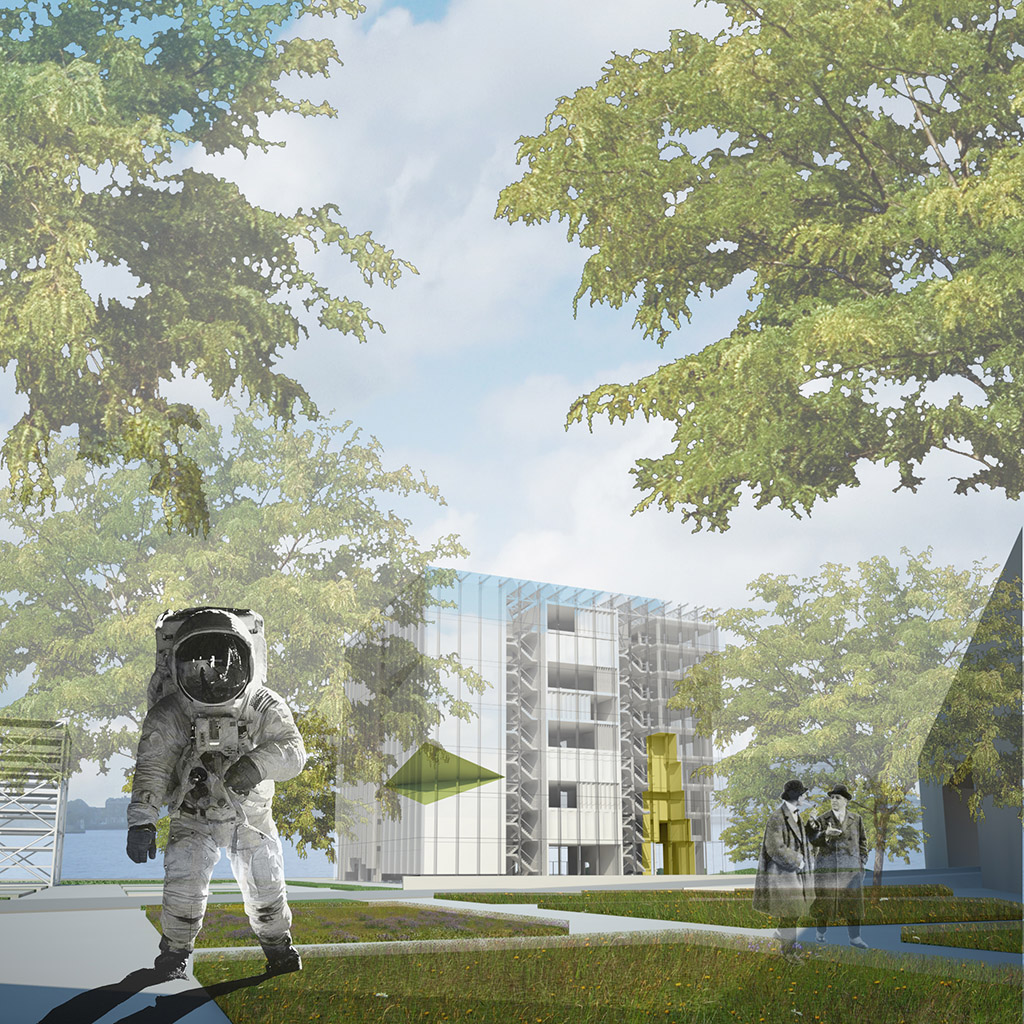 The Open Fort 400 Competition was organized by the the Ymere Housing Corporation and the Netherlands Architecture Institute.