In 2006 we were approached by the US Defense Department to propose an alternative to the existing Recruitment Center at Times Square. The predicament was one of image: The military sought to re-present itself in a new light; how could the American public readily relate to the Military?

Transplanted Pentagon: from opaque icon to funhouse of the people

The proposal sought to recast the opaque nature of the military-industrial complex, epitomized by the Pentagon, as a potential source of entertainment. The US Military budget for the development of new technologies in 2006 was $147 billion. Surely this technology wasn’t all for imperialism and war?

The Times Sq. Military Lifestyle Center mines this cache of new technologies with a domestic agenda; bringing it back to the public in the form of entertainment, sport, and a pioneering new-military-lifestyle. 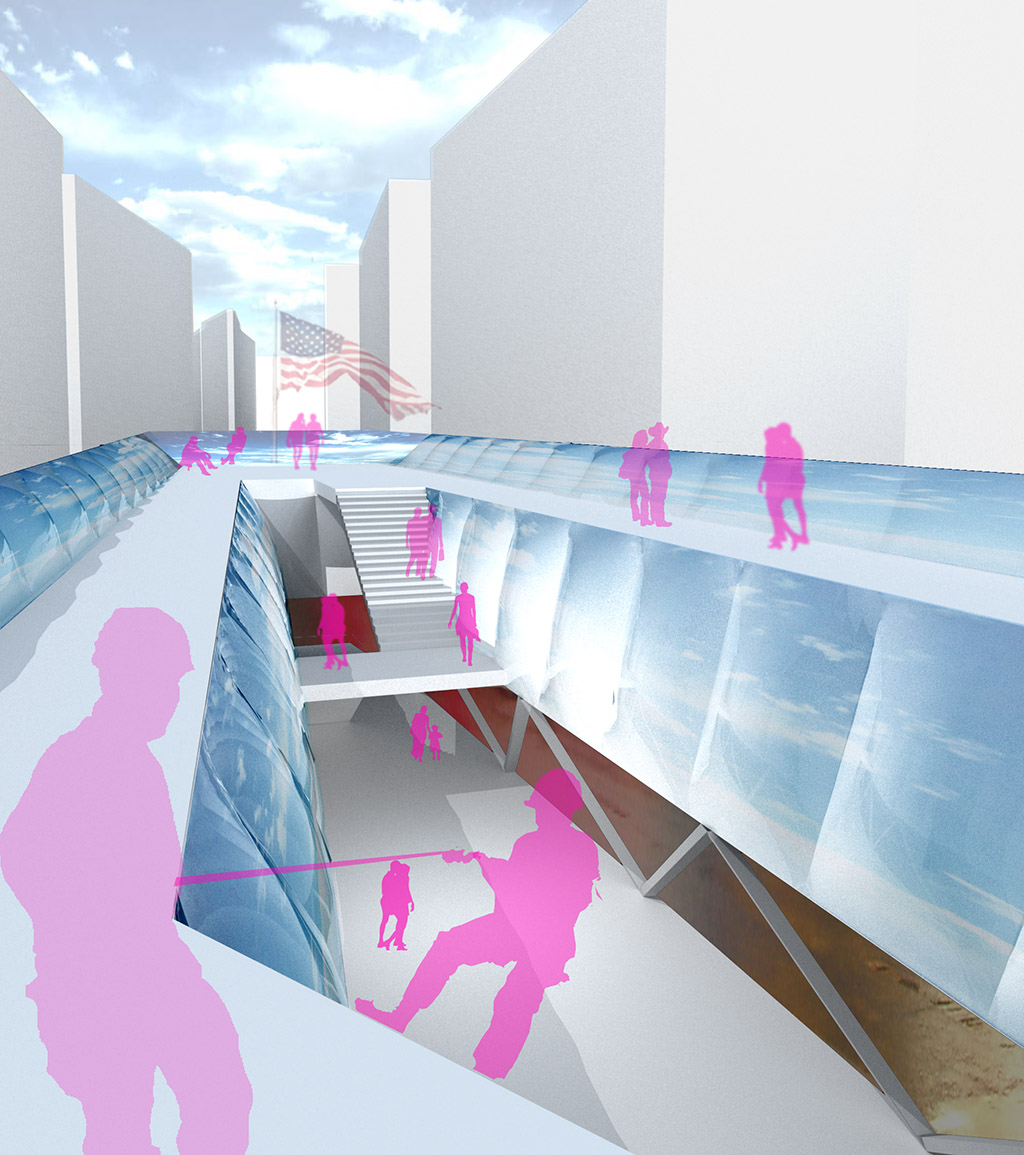 The proposed recruiting station engages the public through the most core of American values: consumerism and entertainment.  The military lifestyle center provides many familiar amenities including health & fitness, space for socializing, and a theater.  Yet these spaces are uniquely enabled by demilitarized technologies, made available to the public as a gesture towards a more unified domestic and military way of living. 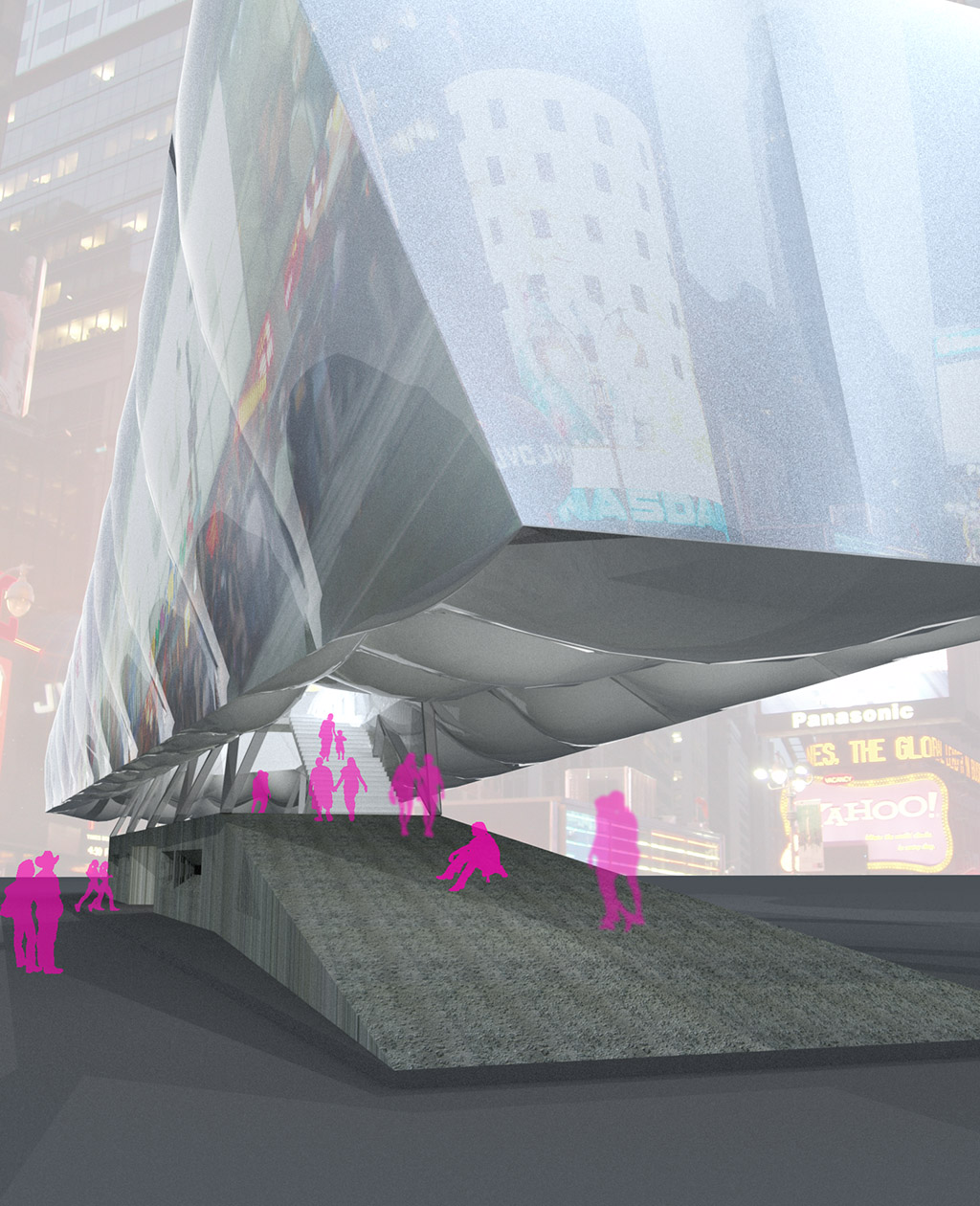 The Pentagon is transplanted to Times Square as an icon from which a new image of the military can be constructed. The mass of the Pentagon is lifted from the ground as if a cloud, allowing the street and the public into its courtyard. Clad in highly reflective inflated-ETFE cushions, the floating cloud is camouflaged by its context, reflecting at various points either the purity of the sky or the chaotic street life of Times Square. 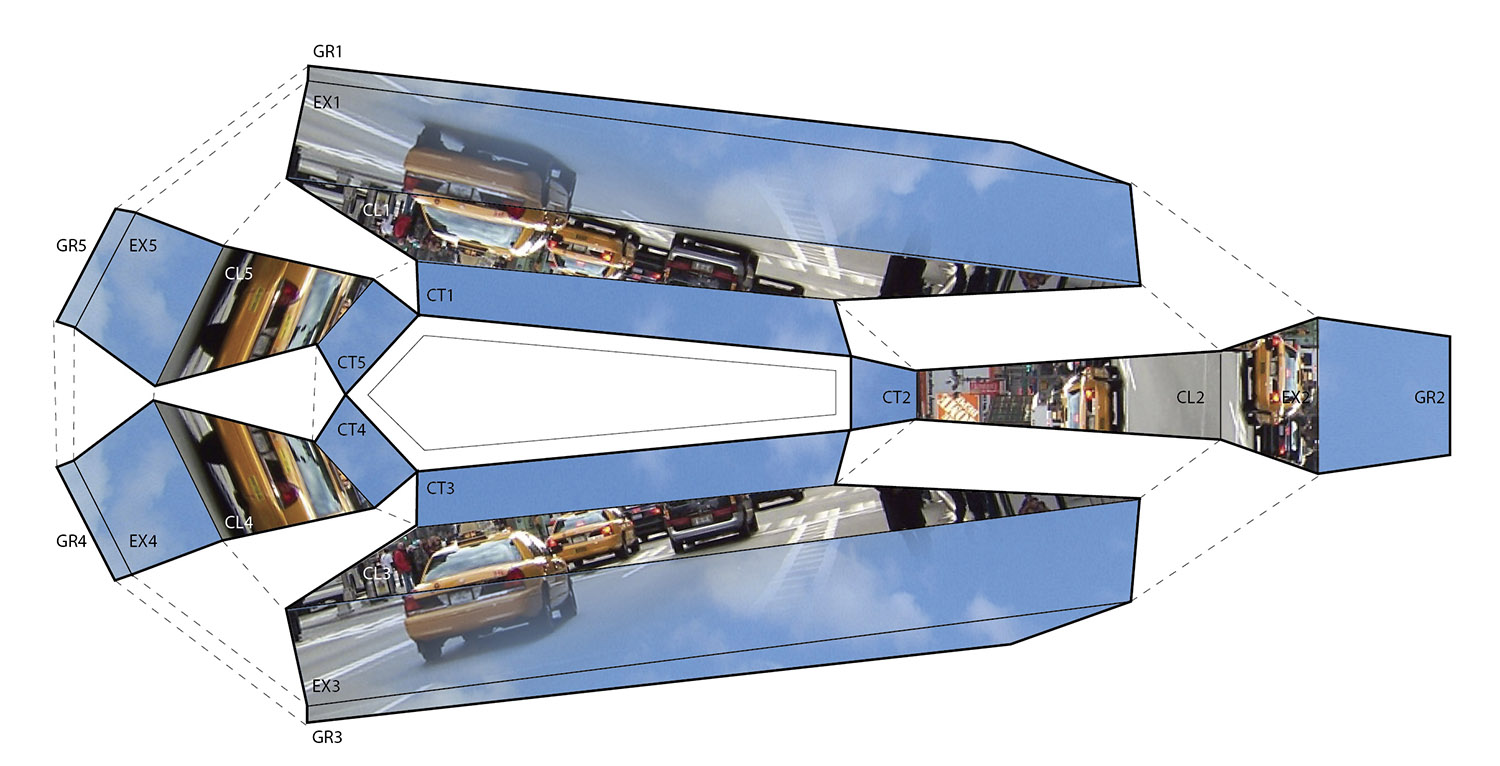 Unfolded cloud cladding; index of reflections from sky to street 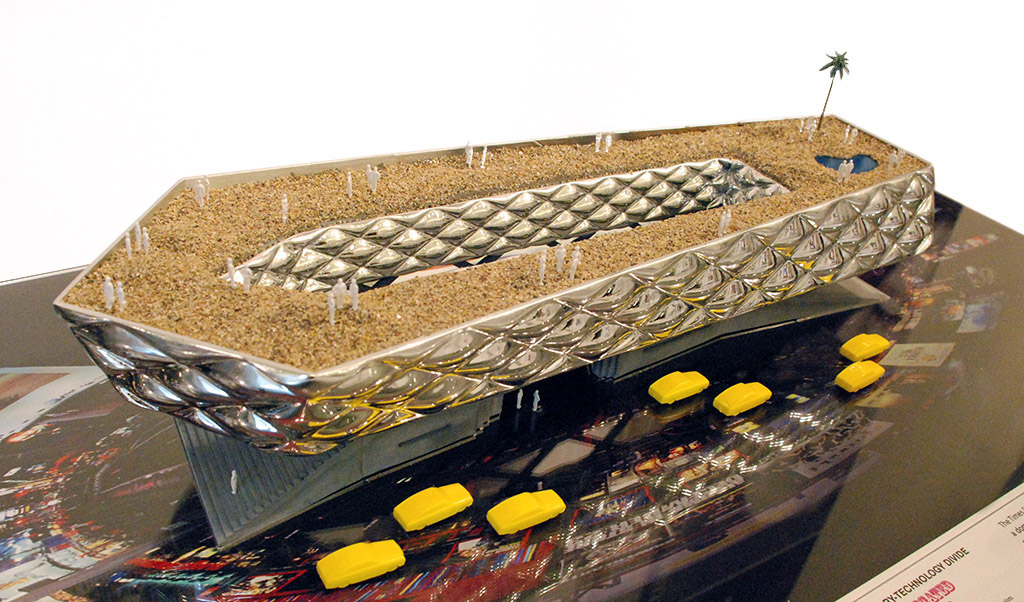